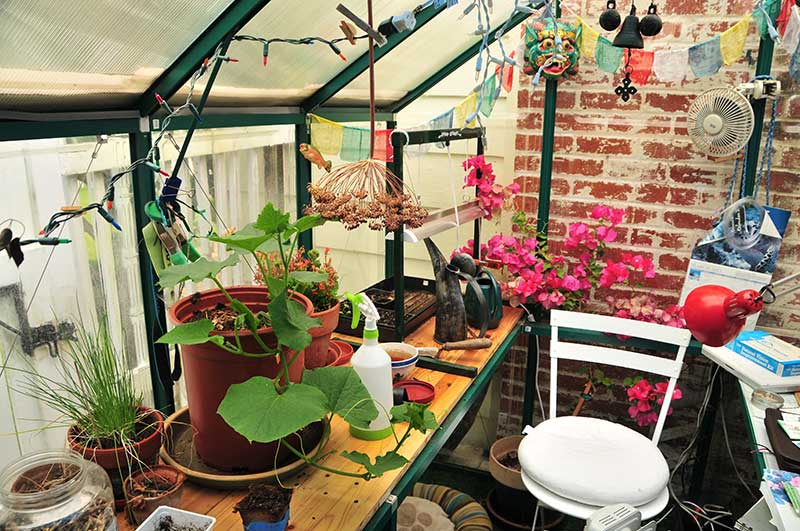 In April of 2010, I realized that my life had changed in a big way. Was it an “ah hah” moment or just a realization of the potential things I could grow in the greenhouse? I called it “The Greenhouse Effect” loosely titled from the term made famous by Al Gore because about global warming but more importantly because of the effect the greenhouse had on me and my community. I always thought it would be fun to have a greenhouse but I never knew how much it would change my life.

A little more than seven years later, we have ten terraced beds cut into the hillside in our front yard, (yes, our front yard) and a little farm on the lot below. Five years ago I started a group at work called “Green Wednesday” when a group of coworkers have a green lunch consisting of home grown lettuce when in season, kale chips, home grown tomatoes and much more. During that first year, we saved some of the tomato seeds left over from a plate of sliced tomatoes of a few types of heirloom tomatoes; green zebras, purple cherokee’s and Pink Berkeley Tye Dye’s. It was hard to distinguish which seeds were from which tomato so we called them “Green Wednesdays” and the rest is history.

They got just that, a plant of their own and we had plenty of tomatoes that year. I also began planting Green Wednesday’s in pots on the patio at work and we enjoyed the fruits of those plants at our weekly lunches. Everyone in the group now had green wednesday plants. We talked about how they should save the seeds and could grow as many plants as they wanted the following year. I had hoped they would all take it to another level, begin to save seeds and grow their own plants and perhaps share plants with their family or neighbors. Most were content to let me do the saving, starting and planting and others donated to the cause purchasing plants the following year. The saying goes, “You can lead a horse to water, but you can’t make it drink.”

That is just one of the positive effects the greenhouse has had on me and the stories will continue. What the video as the greenhouse gets assembled right before your eyes.